It's been a while since my last blog, and wow a lots changed 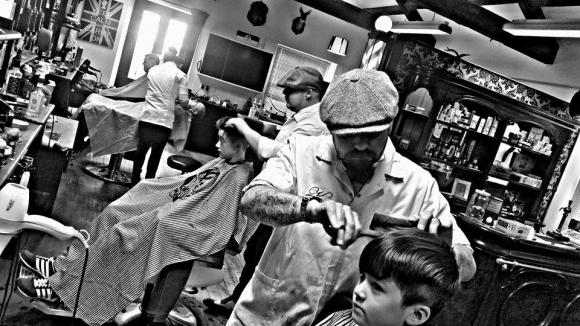 It's been a while since my last blog, and wow a lots changed. If I'm honest I didn't think 2014 could be bettered from meeting great great friends in the barbering world, fantastic adventures with my staff and the shop going from strength to strength.

There's a phrase that's used alot but in my case I can honestly say I am living the dream, well my dream anyway.

As I said before we have had a few changes one major one being losing a long serving member of staff, who decided to move to pastures new and we wish him all the best. Shortly after that we had a guy apply for the position available, and just by chatting to him I could tell thus was our man. Thankfully I was right and Andi has amazed me what can be achieved with hard work and enthusiasm, his work is a credit to that.

We had a fantastic movember party in the shop that raised £250 in only a few hours, thanks to everyone who came.

2015 has a lot to live up to but so far has not disappointed. Already we have done so much with much more planned. We launched our own branded tshirts which have gone international. I have have had a fantastic portrait done by a top top local artists, Terry Brookes. Had a branded hand carved leather patch for my biker jacket and an unbelievable trip to see our barber brothers in rotterdam for their own music festival scumbash, which was a baptism of fire for new boy Andi haha.

But probably most importantly we continue to be well supported by the good people of Barnsley and beyond. Without this support none of it would have been possible so a massive thankyou everyone.